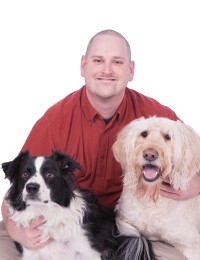 Dr. Will grew up in several Ontario cities including Kitchener, Woodstock, London, North Bay and Mississauga. He cared for a multitude of pets throughout his life including dogs, cats, rabbits, rats, fish, chameleons, and even a sugar glider. He always knew he wanted to be in some type of scientific or medical profession, and so he graduated with an Degree in Honours Standing in Zoology from the University of Western Ontario in 2001. After seeing how diverse, interesting, and rewarding the job of a veterinarian truly is he applied for and completed the Doctor of Veterinary Medicine program at the Ontario Veterinary College in 2005. He truly feels blessed to have what he considers “the best job in the world in one of the best cities in Canada”. Doctor Will has a canine child, and Australian Shepherd named Asher. He also currently has three feline children : Bodie, Morty, and Obie (*all of whom have been rescued through his work as a vet). Dr. Will became a partner at Byron Animal Clinic in 2009 and then purchased outright ownership in 2013.

Dr. Will was lucky enough to marry his soulmate, Andrea, in 2013. They have since been blessed with two healthy and amazing sons: Lincoln who was born in 2016 and Evan who joined the family in 2018.